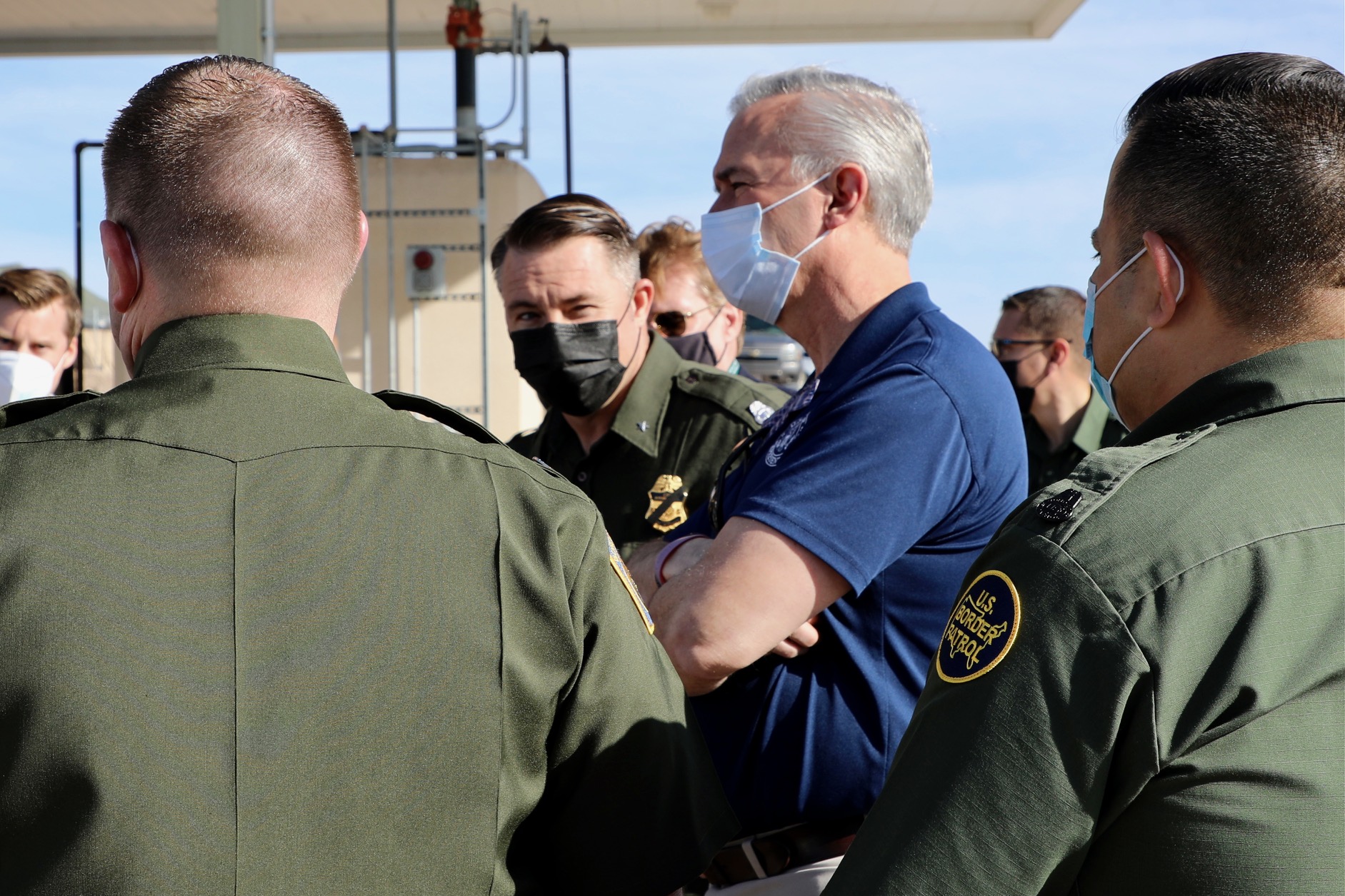 “As a federal organized crime prosecutor back in the 90s, I was charged with going after the drug cartels. I had a fundamental understanding then, and I do now, that the cartels know when to exploit the southern border, and they’re doing it now masterfully. They’re doing it because President Biden rolled back a lot of the orders of the previous administration that were working.

“This trip has confirmed for me that there is indeed disorder at the border by executive order. No question about it. We went first to a detention facility. $48 million to build. They’re spending tens of thousands of dollars a day just to feed these migrants. They’re spending tens of thousands of dollars more a day to clothe them and to transfer them. All of this money is being taken away from things we’re doing here in the country that could benefit our citizens.

“In addition, they are not testing these individuals. We saw hundreds and hundreds of people in there today, and not one of them has had a COVID test. They’re transferring them to other places without COVID tests. At most, 50-60% of border patrol agents have been inoculated, and they’re exposed every day to this. This is something that the President has caused with this surge.

“Then we went over to monument three. We saw firsthand what was going on. Hundreds of people a day coming across. We saw gaps in the wall that made no sense. They were almost done, and on January 20th at midnight they were instructed to stop. Now we have vulnerabilities because of that and they are being exploited. Perhaps worse than that, agents that guard that area that’s now vulnerable are being pulled away to feed and clothe these kids who are coming across.

“We need to wake up. President Biden, why don’t you just admit you made a mistake with this policy and go back to the way it was and keep America safe for all of us?”

The Biden Administration's failure to protect the U.S. mainland from Chinese spy balloons is an example of how his foreign policy weaknesses threaten our national security. Put an end to Chinese spying on Americans–whether in our airspace or through our phones.